Washington, DC — Late yesterday, the American Freedom Law Center, a national public interest law firm, resolved an important First Amendment case against the federal government in favor of several pro-life demonstrators who were prevented from expressing their pro-life message outside of the National Museum of African American History and Culture (NMAAHC) in Washington, D.C. 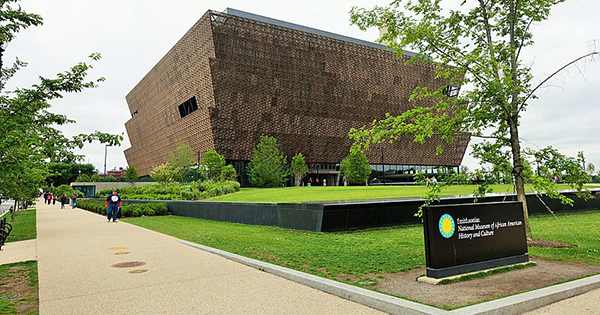 The lawsuit was filed on behalf of the Center for Bio-Ethical Reform, Inc. (CBR), a California-based pro-life organization, its executive director, Gregg Cunningham, Reverend Clenard H. Childress, Jr., an African American pastor and assistant to National Director Rev Dr, Johnny Hunter of LEARN (the Life Education And Resource Network), the largest African American Pro-Life Network in USA, and Jacqueline Hawkins, an African American woman who is the director of minority outreach for CBR. Pastor Childress and Ms. Hawkins direct the NMAAC project, which was developed by CBR in collaboration with LEARN.

The NMAAHC project involves the use of hand-held, photo-mural exhibits that demonstrate the devastation of abortion’s consequences on the African American community. This project also includes the distribution of literature. A principal goal of the project is to raise awareness of the black genocide that is being perpetrated through abortion.

This past February, Pastor Childress and Ms. Hawkins initiated the NMAAHC project by peacefully standing outside of the museum entrance on the public sidewalk adjacent to Madison Drive with one of the project signs. Mr. Cunningham was present as well.

Rev Clenard H. Childress Jr, stated, “What should be a institution that enlightens the public of the rich history and meaningful contribution of African Americans has turned out to be a citadel of subliminal bias, discrimination and coercion. It is clear the hidden agenda is to invoke anarchy and produce a grievance culture with disdain for the Judeo Christian ethic. Dr. Martin Luther King’s dream was one of love of nation, social justice and the ability to sit at the table of brotherhood as one people. Dr. King forsaw that oneday this nation would live out its creed of Life, Liberty And The Pursuit Of Happiness. The exclusion of a sitting African American Supreme Court Justice Clarence Thomas , the first Black women to be elected as a Republican congresswomen Mia Love and the omission of eugenics which is the leading cause of death of African Americans is a tragedy.”

This past June, AFLC filed a federal lawsuit in the U.S. District Court in Washington, D.C. against NMAAHC, OPS, and several federal officials. Shortly after the lawsuit was filed, AFLC attorneys were contacted by an attorney from the Department of Justice who confirmed our clients’ First Amendment rights and who stated that the federal government wanted to settle the case on terms favorable to our clients.

Yesterday, the parties filed a stipulated dismissal in which the federal government formally acknowledged “that the public sidewalks forming the perimeter of the National Museum of African American History and Culture are available for First Amendment activity” and agreed to pay AFLC its attorneys’ fees incurred for having to file the complaint.

Robert Muise, AFLC Co-Founder and Senior Counsel, commented: “There was no question that our clients had a clear right under the First Amendment to engage in their peaceful, non-obstructive free speech activity on the public sidewalks outside of this museum. The government was wrong for denying our clients that right, and they knew it. Fortunately, we were able to correct this injustice by filing a federal lawsuit. Otherwise, there would have been no such acknowledgment and our clients would have been deprived of a fundamental liberty guaranteed by our Constitution.”

David Yerushalmi, AFLC Co-Founder and Senior Counsel, added: “In addition to being a gross violation of our clients’ fundamental rights, the actions of the museum officials and their armed security demonstrate the hypocrisy of the left. Progressives claim to be for diversity and tolerance, but if you don’t march in lockstep with their narrative, they use force and the threat of force to shut you down. Here, we were able to use the federal courts to turn that narrative on its head.”

For more information about LEARN (the Life Education And Resource Network), visit www.BlackGenocide.org

For more information about the Center for Bio-Ethical Reform, Inc. (CBR), visit www.AbortionNo.org

PRESS CONTACT:
Rev Clenard H. Childress Jr
This email address is being protected from spambots. You need JavaScript enabled to view it.
201-704-9325
www.BlackGenocide.org